After spending last year circling the grounds of Exposition Park in the rain and munching on Red Lobster takeout at home, the Natural History Museum of Los Angeles has re-opened, and we’ll be back there today to celebrate Jaxson’s birthday. After, we will head over to Ruby’s Diner in Orange at the train station and meet up with family to bring our tradition full Circle (city of Orange joke). 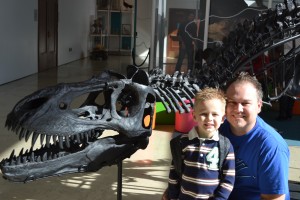 Aside from his obsession of dinosaurs and love of trains, Jax was intrigued by Ghost Face, the villain from the Scream movies. He drew a picture of Ghost Face, which is tattooed on my wrist. 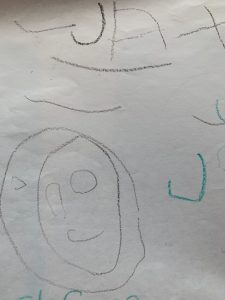 When he was 3 I let him watch the beginning of Scream, up until the part that the killer knifes Drew Barrymore in the back. He played the Scre4m mobile game on my iPad (in which one basically plays as Ghost Face and hunt down teens while avoiding the police). He begged to dress ups as Ghost Face for Halloween, but we said he had to be 8. When he asked how old he had to be to watch the rest of the movie, I told him 13. But deep down, I knew I’d let him watch it at 10. Questionable parenting aside, I couldn’t wait to watch horror movies with him. 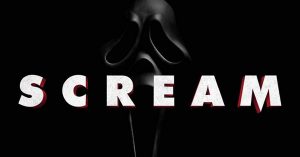 So tonight, after we chug down some shakes for dinner and drop the kids off at home with grandma, the wife and I will head to the movies to watch the new Scream movie (Scream 5? I don’t even know), which came out earlier this month and has received good reviews. In my fantasy of an alternate universe where Jax didn’t die, we would have taken him opening night, or maybe with a few of his friends as part of his birthday celebration. That’s if he wasn’t too cool at 14 to hang out with his parents.

If you want to celebrate Jax with us this weekend, put together a puzzle. Watch Jurassic Park. Ride a train. Go see Scream. Smile. And maybe cry. Because I will.