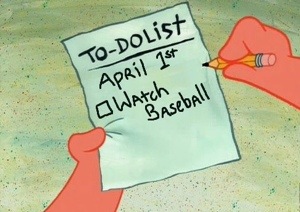 4 thoughts on “Opening Day Shines Through My Darkness”