Jax turns 6 today. We’re celebrating the same way we did last year. And the year before, his last birthday he shared with us. When he turned 4, my wife and I took him to the Natural History Museum of Los Angeles to check out its fantastic dinosaur exhibit. The prehistoric lizards fascinated him. He knew all of their names. And I’m not just talking about the basic four or five. He knew the nerdy shit that no 4-year-old should know. Or would want to know. Or cared. So we took him there, because we knew he’d love it. And he did. And we left the twins with my mother-in-law, because we knew he’d feel loved, having us all to himself. And he did. 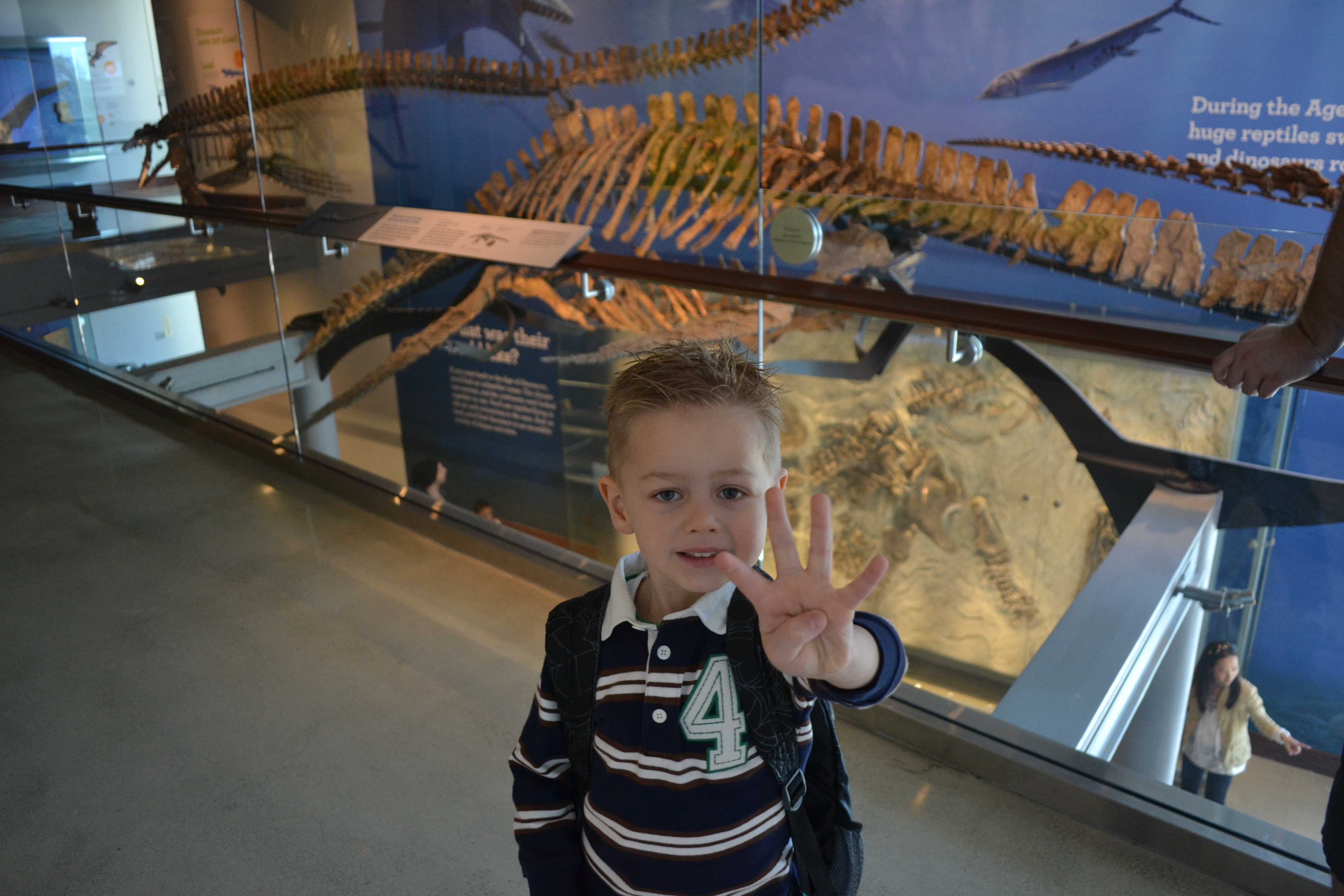 Jax also dug trains. After the museum we met our family at Ruby’s Diner in Orange. We sat on the back patio to watch the metro and freight trains roll by. He loved that, too.

So last year, as we celebrated his fifth birthday without him, we took the twins back to the museum. I held back tears as we shuffled the twins through exhibits. And I shed tears as our family sang happy birthday to him in the middle of Red Lobster, perhaps his favorite restaurant at the time of his death. After he completed his first year of preschool, he chose Red Lobster as the restaurant to celebrate. 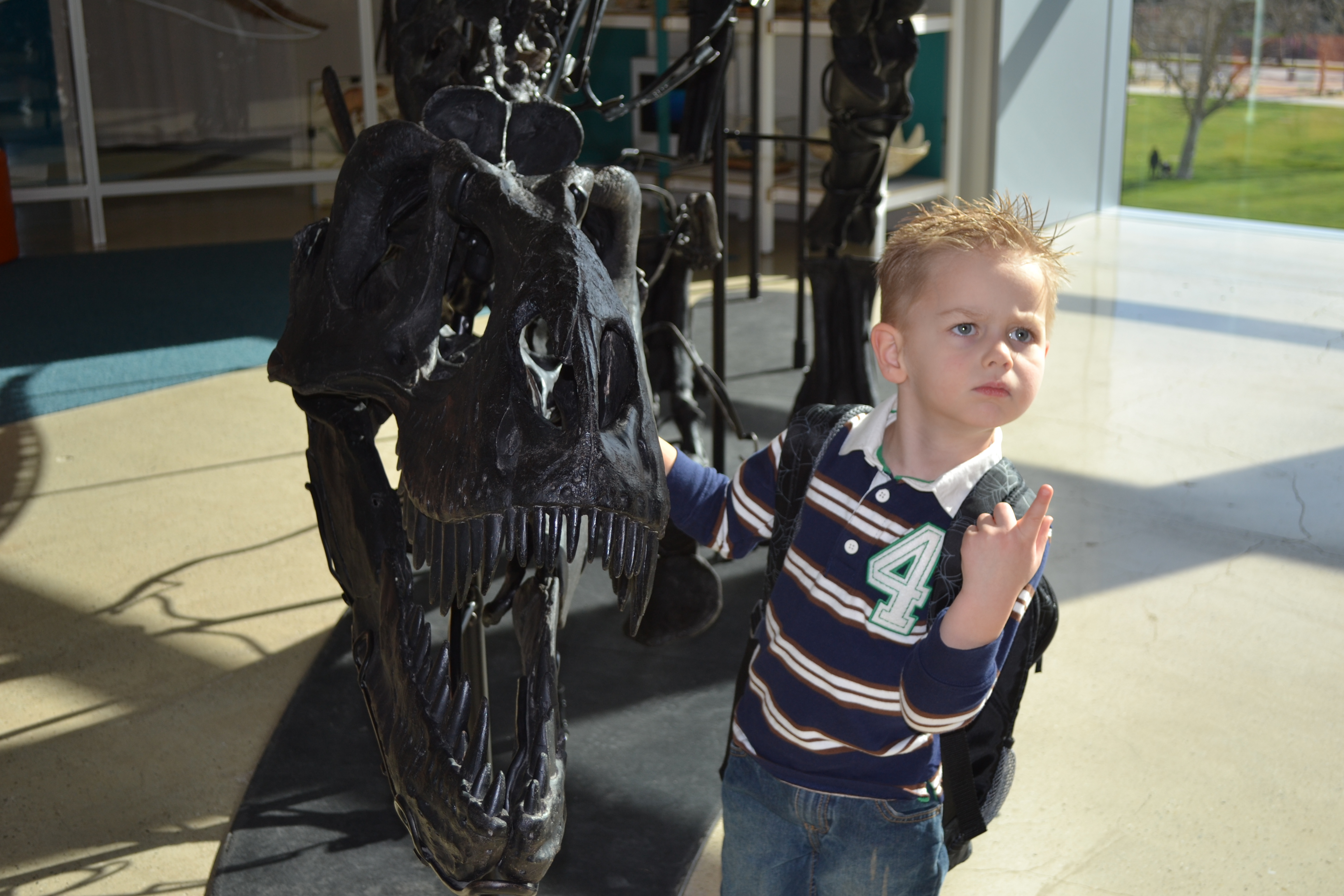 Now he’s six. And it breaks my heart to say, but I don’t know what he’d be in to. Would it still be dinosaurs? I know he’d be in to super heroes still. It’d better be baseball. But what else? Would it be something I can’t even fathom?  So again, we decided to return to the dinosaurs. To relive one of his happiest days without him. And to spend this very sad day with our family, eating at his favorite place, and crying together.

I may have posted this before, but I’m doing it again. It’s the first post from my first blog. It illustrates Jax’s arrival was to us.

Sixteen weeks of joy, bliss and walking on cotton candy clouds crashed to a screeching halt. The Boobs called me at work after a check up with the obgyn. He couldn’t find a heart beat. He sent her to the hospital for an ultrasound which confirmed there wasn’t a heart beat. Our baby died. A couple of days later The Boobs underwent a D&C at a Los Angeles clinic. We elected for the sex to be determined and tests run to determine cause of death. It was a girl, but no dice on the cause of death. The clinic was kind enough to send us home with footprints of the fetus the doctor extracted while performing the procedure.

We cried a lot over the next few weeks. I mean, a whole lot. It was the summer, and I eventually ramped up by social calendar to get my mind off of things. The Boobs, however, dealt differently. There were nights where I’d find her crying on the floor of the bathroom. Our souls ached.

Eventually the fertility doc allowed us to start trying again. This process was like ripping open a healing wound, peeing inside of it and then punching it for good measure. Month after month our hopes of another pregnancy were dashed by an early period, too many produced eggs at once or cysts cock-blocking our chance for conception.

On my birthday, over one year from the time that our lost baby girl was conceived and one final attempt before in vitro would be thrust upon us, the goodoo magic worked again.Throughout the pregnancy our joy, bliss and sugar-plum thoughts were tempered by fear of losing another child. If it happened again, could we ever recover?

Nine months later, after 26 hours of labor, The Boobs popped out a healthy, beautiful…

“Holy crap it’s a boy,” I exclaimed a mere 1.2 seconds after the doctor tugged the little sucker out of my wife. We decided to be surprised on the sex of the baby. The Boobs, a nurse, said that for some reason, infertility leads to a girl more often than a boy. Being an odds guy, I was fully expecting a little chica. But it was a boy. There’s something hypermasculine about having your first-born be a boy. Maybe I’ve watched too many mafia movies. 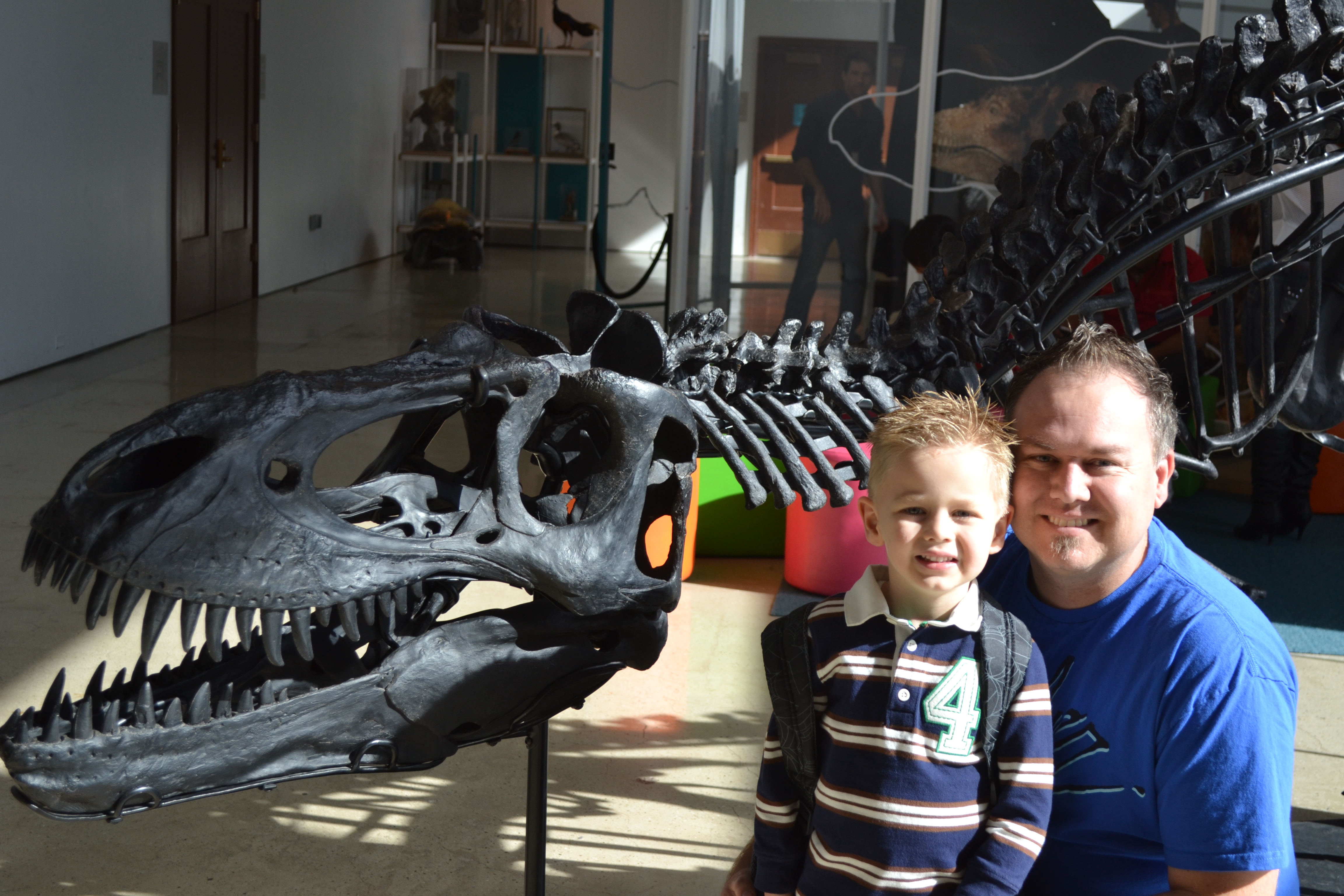 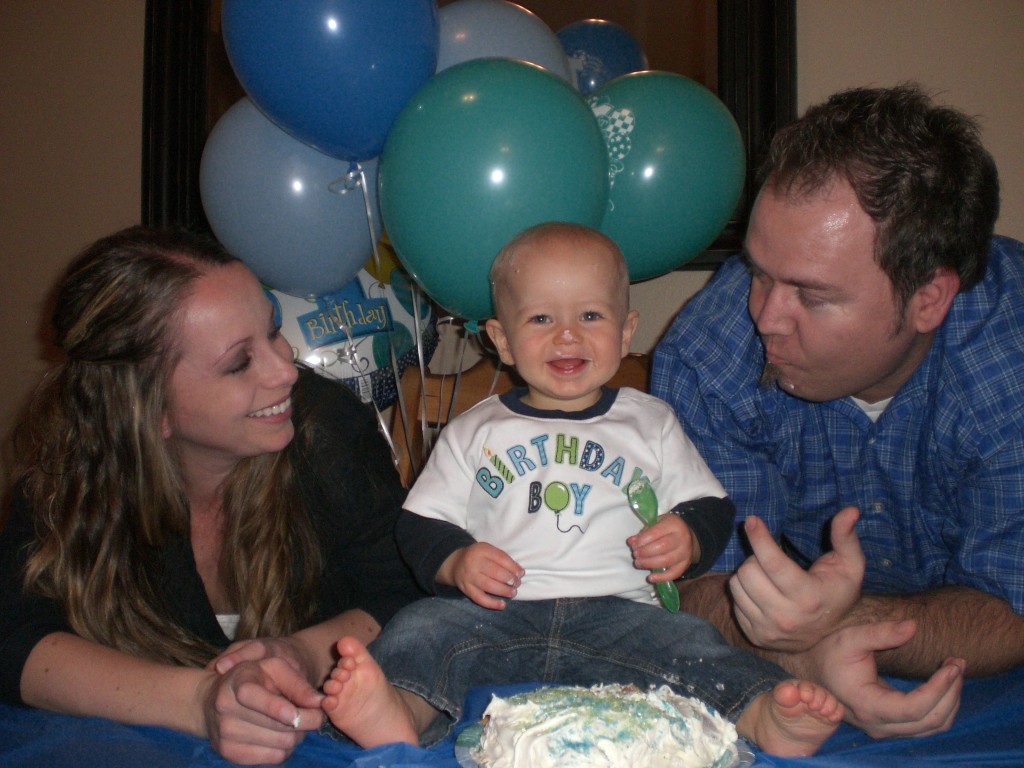 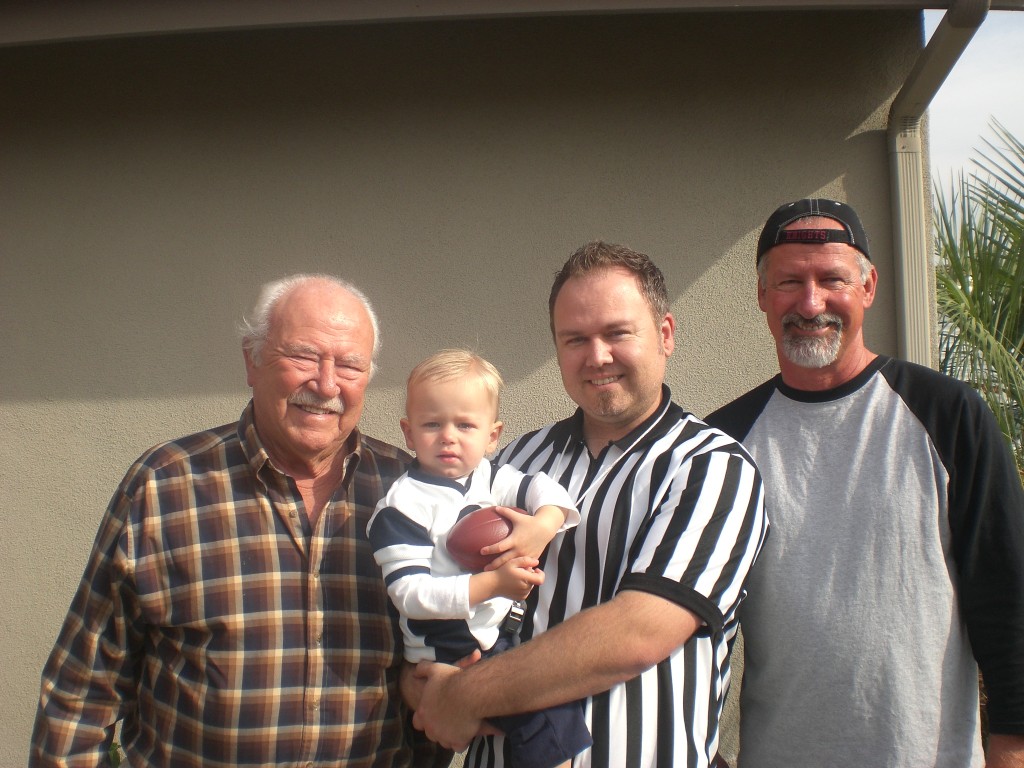 For his second birthday, we themed it Jax Bowl. That’s why I’m wearing the referee shirt. My dad and my grandpa. Four generations. 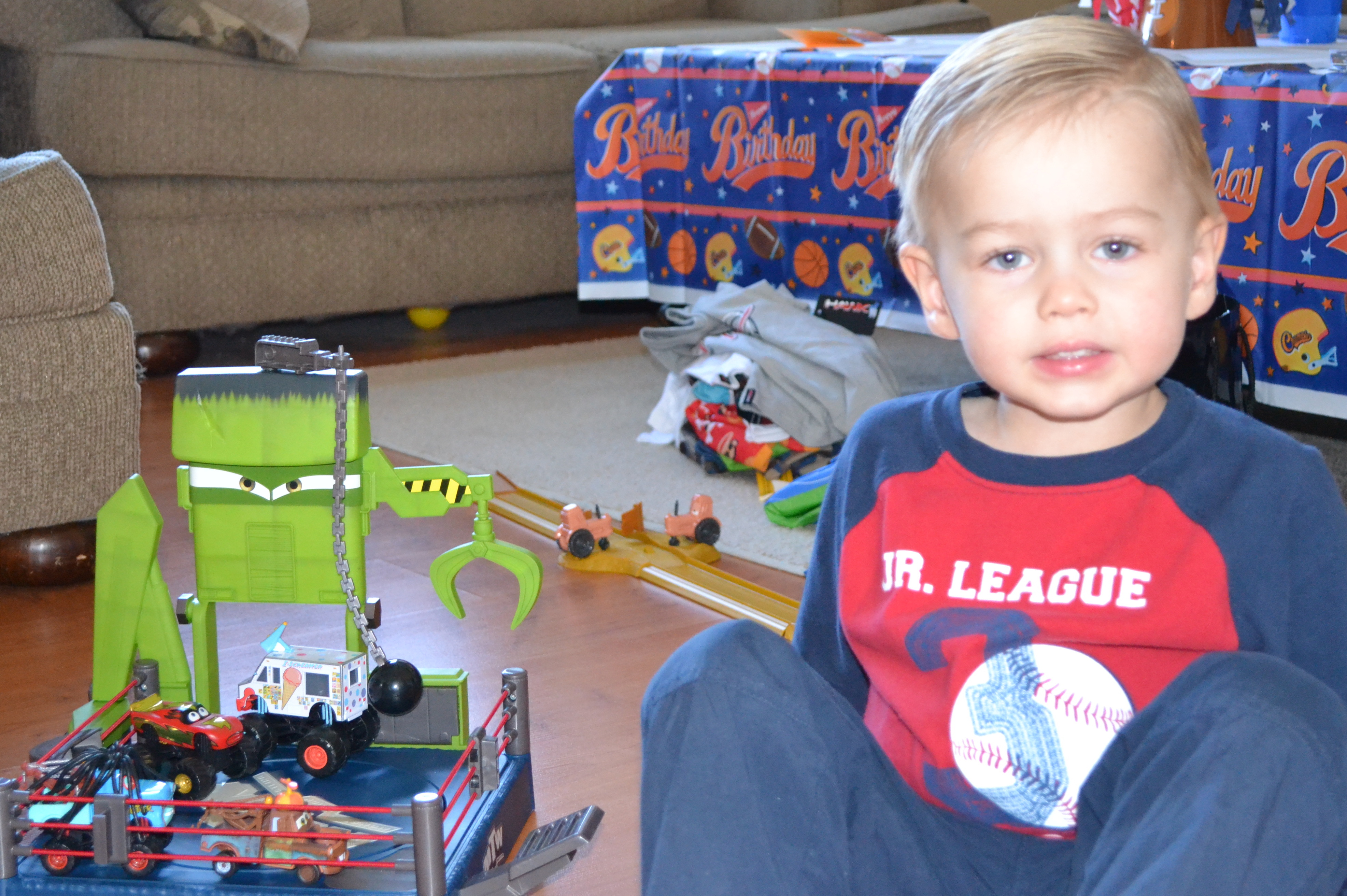 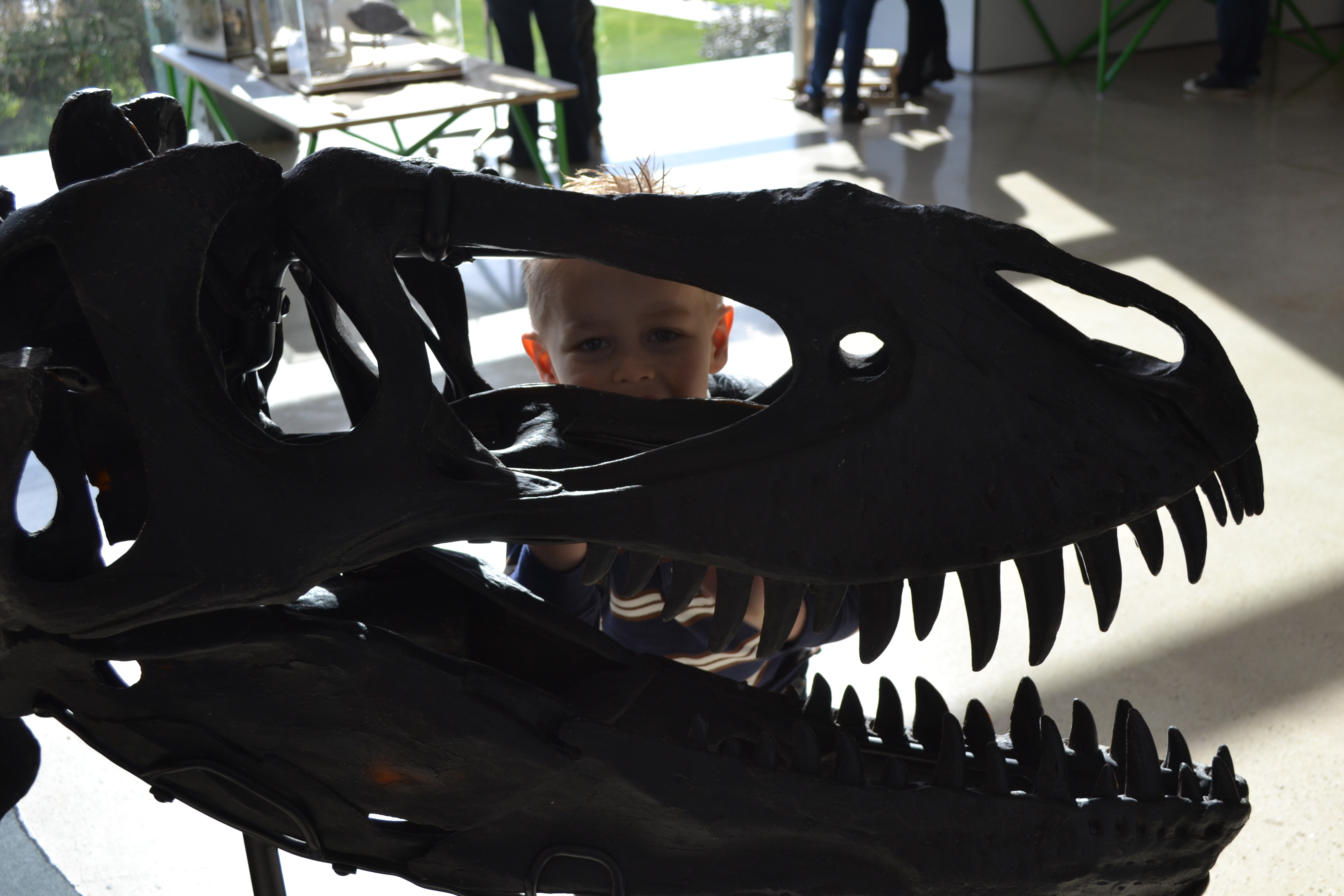 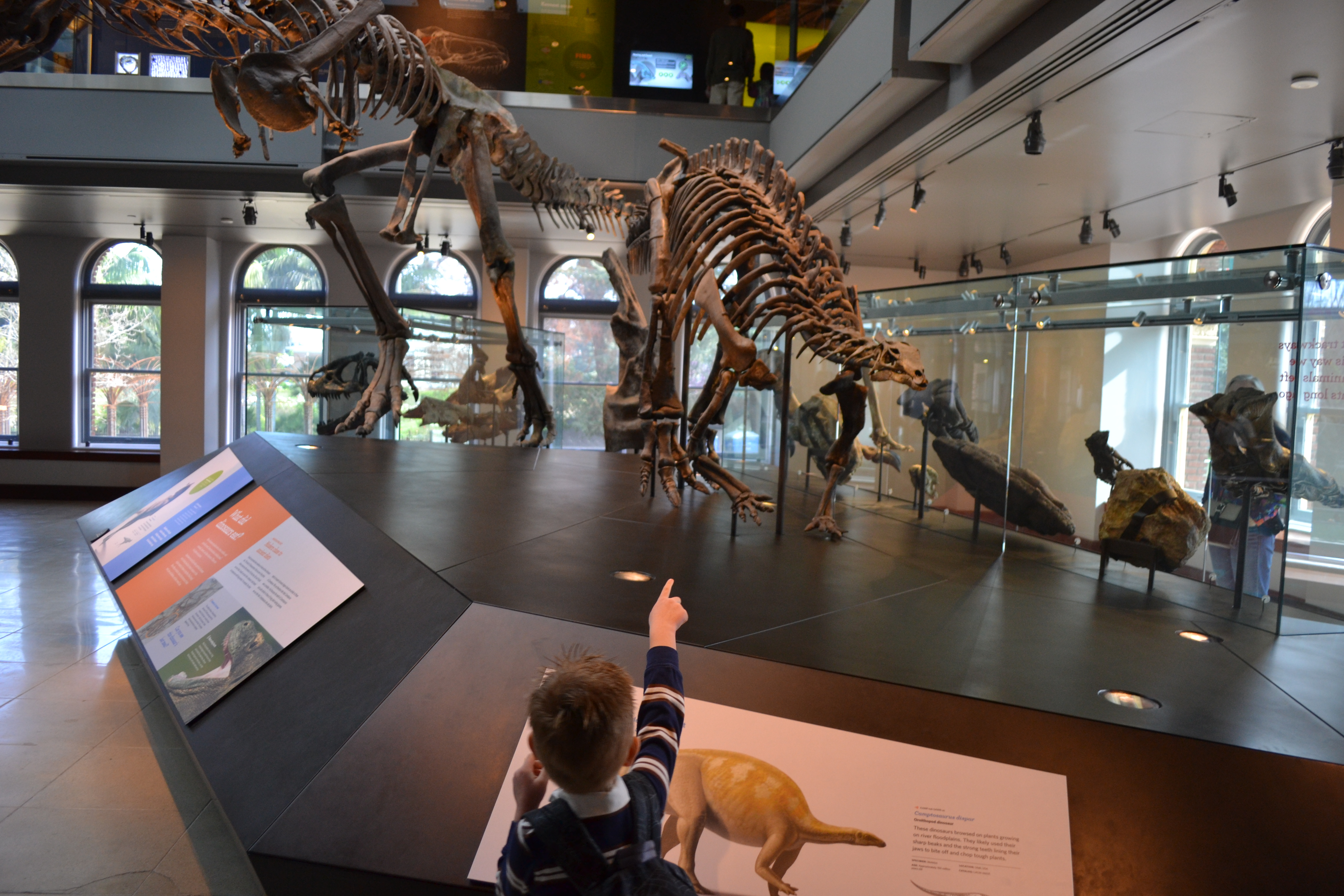 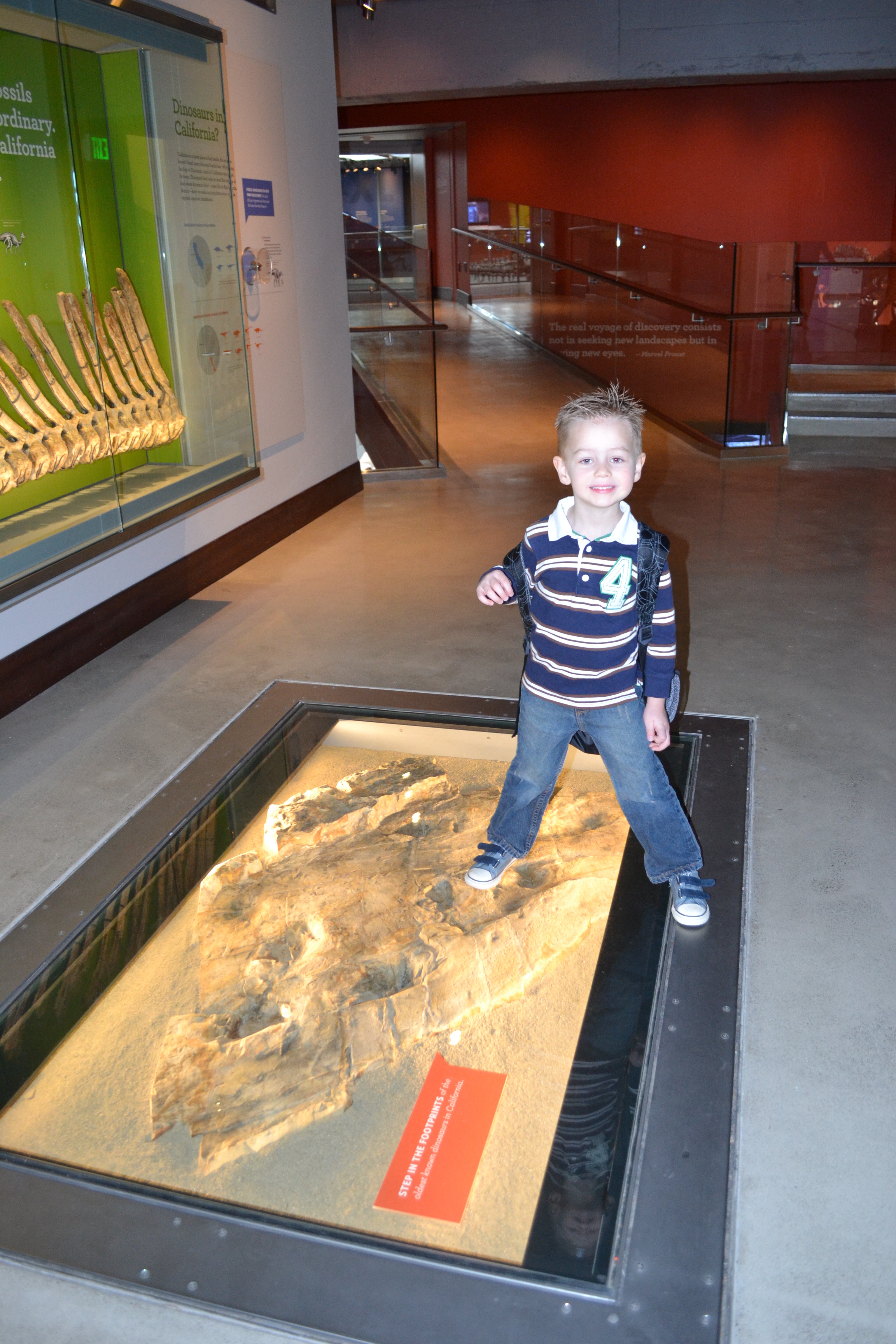